Jesus' Flight to Egypt
Highlight any text on the page to play back audio and the page will read to you!

He wanted to kill Jesus… Right from the start, the enemy had his sights set on Jesus’ death, to which he used Herod to bring this hopeful reality – But the enemy was only being short-sighted, for he knew that one day, the promised redeemer would crush the head of the serpent (see Genesis 3).


We will be reading soon, but first, let me explain… Joseph has this dream, where he was warned of an imminent danger and that he needs to take Jesus and Mary and flee to Egypt. It was Herod’s mission to slay all male children under the age of two. We don’t know how many children were slewed – quite a bit or only a little. They were able to escape successfully, which was good for them to survive.


Eventually, Herod dies, and Joseph, Mary, and Jesus were able to return to Egypt and live safely. When they arrived, Joseph saw Herod’s son, Archelaus, in power – so they went on to Nazareth.


Luke passes over this episode; however, Matthew explains the prophecy of Hosea 1:1, “Out of Egypt have I called my Son.” In addition, the weeping prophet, Jeremiah, has something to say on this in 31:15, “Thus saith the LORD; A voice was heard in Ramah, lamentation, and bitter weeping; Rachel weeping for her children refused to be comforted for her children, because they were not.”


Herod was apparently an unstable leader, threatened by the onset of Jesus’ Birth, the recognition from the wise men for the King made Herod quite anxious. Since he was so anxious, he had all the children under 2 slayed, to which caused an immense struggle for Joseph, Mary, and Jesus to flee to Egypt. Thankfully, the gifts they received at Jesus’ Birth through the visitations provided them with enough to make it to Egypt without too much complication.


This was seemingly around 4 BC, since Herod the Great ruled from 37-4 BC. Herod’s Kingdom, which he inherited from his father, Herod Antipater, was vast. When Herod died in 4 BC, his kingdom was divided into parts where all three of his potentially ruling sons can take over. Archelaus became ethnarch of Judea, Idumea, and Samaria. Antipas became tetrarch of Galilee and Perea. Finally, Philip became tetrarch of Gaulanitis.

Josephus noted Archelaus was tyrannical, which was similar to his father, Herod the Great; however, Archelaus had little ability and bore no fruit during his reign. Augustus, in 6 AD, banished Archelaus to Gaul for being so incompetent, which would suppress his heavy-handed excess treatment against the Jews and Samaritans and suppress any anti-government riots soon to break out.


Archaeologists and historians verified Matthew’s story of this smiting of all the under age 2 children, by research that many small bones being found beneath the Church of the Nativity in Bethlehem.

Josephus notes the physical agony of Herod the Great upon his death. He was buried, as Josephus notes, with great splendor and pomp, and notes the burial happened at Herod’s fortress, Herodium, where remains of this tomb were discovered on the northern slope of Jerusalem.

Archaeological evidence suggests that the Jews entered the tomb of Herod the Great, where they allegedly smashed his sarcophagus or coffin – which was around the time of the Jewish Revolt of 66-68 AD. This was enacted because of revenge against Herod. Some were skeptical at Josephus’ discovery, until it was confirmed in 2007 when archaeologists found the tomb and remains of Herod.


The sarcophagus was decorated with rosette ornaments and made overall of red imported stone.


On an overall basis, we assume many decorated his tomb, but the Jews absolutely hated Herod and decided to wreak vengeance on his remains. Although, they didn’t rid the evidence, which made it very useful for discoveries contemporarily. 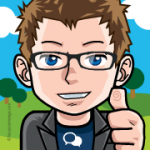